Switch to full style
A forum for reviews and discussion of current events, TV, books & movies from a UB or spiritual perspective that relates to The Urantia Book.
Post a reply
rick warren

Fifty-four years ago, in 1967, I was drafted, trained, and sent to Vietnam. Being drafted is like slavery except the draftee receives a small salary. Draftees are told what to wear, how to cut their hair, when to sleep, eat, and go to the bathroom. They are forced to learn to kill, maim, and torture. They are vaccinated dozens of times and never told why and with what. If draftees refuse to serve, they are labelled cowards and put in prison. And when they are released they're expected to buck-up and return to former life as a free person without complaint.

If I had it to do again, I would have taken conscientious objector status. Fifty years after leaving Vietnam I wrote a novel about the experience, the way I wish it had been. Ernie Baker is the protagonist, assigned to a combat unit as a medic. After a near fatal incident he is visited by his guardian angels and given insights into the meaning, value, and purpose of life, even as he serves faithfully and courageously. Being drafted is something I wouldn't wish on anyone, but the experience did reveal what slavery is and what it does to those forced to endure it. And, it can be a positive experience with a good ending, given the right attitude and the embrace of Jesus' Spirit of Truth.

The book is available in print and Kindle versions: https://www.amazon.com/Battlefield-Guardians-Vietnam-Richard-Warren/dp/1722789808/ 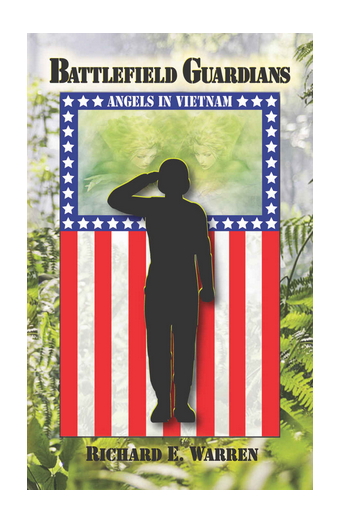